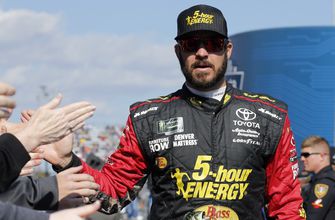 CHARLOTTE, N.C. (AP) — NASCAR champion Martin Truex Jr. and his crew chief will move to Joe Gibbs Racing next season to remain in the Toyota organization after their race team folds in two weeks.

Truex won his first Cup title last year driving for Furniture Row Racing. Barney Visser had funded the team out of pocket for most of its existence but received relief help the last few seasons from sponsorship.

When the primary sponsor of the No. 78 decided to leave NASCAR and Visser couldn’t find a replacement, the owner decided to close because he found it too expensive to field a championship-contending team without outside funding.

Truex will replace Daniel Suarez as driver of the No. 19 team.