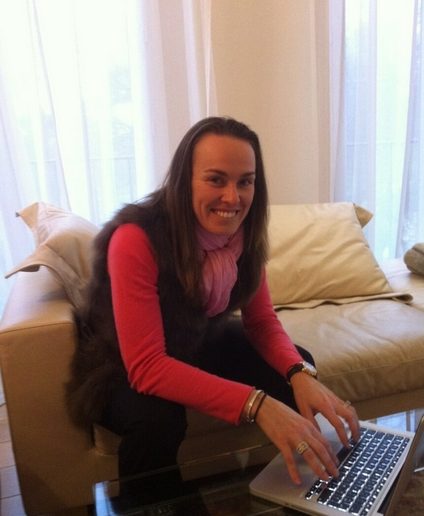 Martina Hingis, once the world’s top female tennis player, is now in the headlines for entirely different reasons. Her husband, Thibault Hutin, is accusing the former world No. 1 of viciously assaulting him with the help of her mother, and stealing his property, according to reports.

In an interview with The Blick Daily, Hutin describes his harrowing encounter.

“At the evening of Monday, I was in our common apartment when the doorbell rang. Then, in the course of a heated discussion, Martina and her mother Melanie Molitor attacked me suddenly,” Hutin said. “They started beating and scratching me,” he added. “I was brought up not to hit women. I tried so hard to stop them, but Melanie’s partner, Mario Widmer, hit me in the head with a portable DVD player.”

Hingis and Hutin got married in December of 2010, but by 2013 had announced their separation. Hutin said he discovered Hingis cheating on him with another man, and he also said that her affair began merely one year into their union.

The couple reunited, but after a second instance of Hingis cheating the they were done for good. Over the summer while Hingis was about to enter the World Tennis Hall of Fame, Hutin was in the media shedding light on her infidelity.

Speaking of Hingis’ relationship with David Tosas Ros, a Spanish sports management executive, Hutin said, “They shared the hotel room there and they paraded themselves in public in the Bois de Boulogne. There are even pictures of them. You can imagine how painful it was for me.”

Now, Hutin says he’s more than hurt by Hingis, he’s fearful. “I am extremely scared of my life, what will they do next, kill me with a bullet?”

According to reports, Hutin is in the process of filing charges against his attackers. On top of the beating he received, he also had his passport and credit cards stolen. The story says he immediately called police to report the stolen items, as well as threatening text messages.