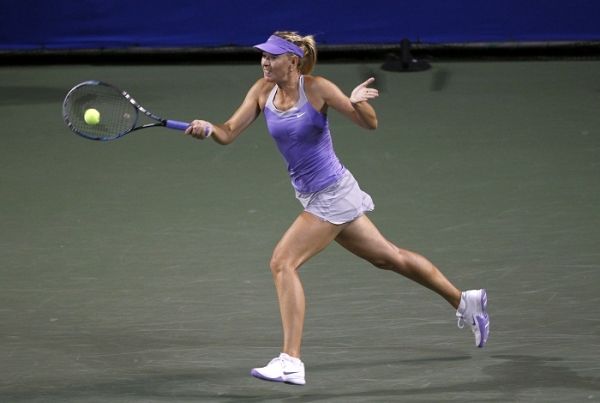 Maria Sharapova of Russia returns the ball to Heather Watson of Britain during their second round match at the Pan Pacific Open tennis tournament in Tokyo September 25. (Photo : Reuters)

In recent months, Maria Sharapova had lost some of the edge in her game that had made her world’s No. 1 tennis player in May of 2012. So she has turned to a coach who played with a bit of an edge as a world’s former No. 1 player.

Sharapova hired Jimmy Connors as her new coach, according to several media sources, one day after parting ways with Thomas Hogstedt. Hogstedt worked with her for three years following her recovery from shoulder surgery and helped her reclaim the No. 1 ranking with the 2012 French Open championship.

“I am happy to announce that Jimmy Connors will be my new coach,” Sharpova said in a statement on her official website. “I have known Jimmy for many years and we briefly worked together in 2008 just before the Australian Open. I am really excited about our new partnership and looking forward to the upcoming tournaments.”

The move apparently has been in the making for some time. When she parted ways with Hogstedt on Friday, her statement indicated that she already knew whom she would entrust with her career moving forward.

“After almost 3 years of working together, Thomas Hogstedt and I decided to part ways,” Sharapova posted on her website, as reported by the Los Angeles Times. “Due to personal issues, he was not able to travel in the near future and we both agreed it was the right time to move our separate ways.

“I am very thankful for all his work, and wish him much success in the future. I will be announcing my new coach in a few days. Very excited!”

So far, the sometimes boisterous Connors has been relatively quiet about the announcement, sending out only one tweet in affirmation of the union.

“Excited to be working with 4 time GS champion @MariaSharapova   Adding to that number is the goal. Looking forward to some fun & hard work!”

Sharapova currently is ranked second in the world to No. 1 Serena Williams. Sharapova has won four majors, which consist of one of each of the four grand slams.

Connors, whose website front page says, “I hate to lose more than I love to win,” will be employed to help Sharapova mentally against the top players, especially Williams, who has won 13 straight matches between the two.