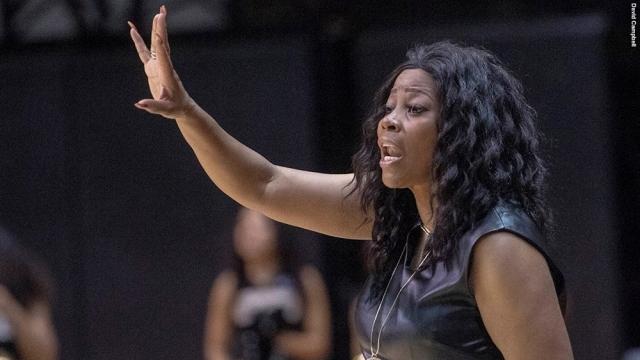 
Now that the college basketball season is underway, the countdown can begin at Alabama State. As of Thursday, there are only 65 shopping days until the Hornets finally get to play a home game.

The coach is calling from Spokane. If it’s Tuesday, this must be Gonzaga. Later this weekend, it’ll be a stop in the state of Missouri, and after that Texas, followed by Tennessee and Virginia and Florida and . . .  well, you get the idea. “We have to do a good job of packing,” Lewis Jackson is saying over the phone. “We’ll be touching every time zone.”

At least all four in the continental United States, with the first 15 games on the road. Twelve states, four opponents who were in the Sweet 16 last season, from Gonzaga to Oregon to Tennessee to Houston. Alabama State’s home opener? That’s way off yonder, on Jan. 11. Kentucky will have played 10 home games before then.

Many programs are out there living the demanding life on the road. But 15 road games in a row is going the extra mile. Or in this case, thousands of them.  “You do what you have to do,” Jackson says. “Sometimes you can get lucky and play well enough and try to put a little pressure on teams and hope they don’t stand up to it well enough, and you may steal you one or two.”

Not at Gonzaga. The Zags won 95-64. Missouri State is next. Then Houston and Tennessee — combined record last season of 64-10. Jackson is hoping this basketball school of hard knocks toughens up the Hornets for SWAC play.

“There are some pluses and minuses to a schedule like this,” he says.  “Our guys get an opportunity to see how they measure up and travel a little bit and go into some very hostile environments. It checks them mentally, it checks them physically and it lets them know how hard you have to work to be a player.

“What we have to do as a staff, and I especially, our job is to keep these guys motivated and find the positives.”

Jackson is something of a unique story, and not just because of the rock band tour nature of his team’s itinerary this season. How many Division I coaches go to work in a home arena where their own jersey is hanging as a retired number? Jackson does. There’s No. 33, from his Alabama State glory days. “It’s an honor and a privilege to be giving back to the school,” he says. Assistant Steve Rogers also starred at Alabama State, and so did director of player development Tyrone Levett. Combined, they scored 5,570 points for the Hornets. Imagine the coaching staff pickup games.

“We used to have a lot of them. I think we all have started to wither, so it’s not as much as it used to be,” Jackson says. Well, there’s always H-O-R-S-E.

Another thing. This is his 15th season on the job. The Alabama State women’s coach is in her 22nd year. That’d be Freda Freeman-Jackson. Also an Alabama State alum — and Lewis’ wife. One home, two head coaches, and both now in the SWAC Hall of Fame.

“In our house there’s only just one head coach. That’s Freda,” he says. “It’s been rewarding, and I know she would say the same thing.It has been a blessing, being at your alma mater where you played, and have the opportunity to teach young ladies and men how to be young ladies and men. That’s the ultimate reward.”

Surely, there must be some tense nights after tough losses, or unsatisfactory practices. You know how coaches can be, and there’s one at each end of the dinner table.

“Most of the time it’s me listening to her, talking about her girls, somebody’s not doing this or that. I just become a listener once I get home,” he says. “I think she realizes when I’m really quiet — she may ask me a few questions about something and I’m a little slow in answering — she’ll say ‘OK, we’ll talk about it some other time.’ We’ve been around each other for so long, we kind of understand when it’s time to say something and when it’s time to just sit back and chill out and let the night roll on through, and hopefully the next day is better.” When it’s time to study game film, one will take the computer room, the other the family room. It’s a quiet house. They don’t see much of each other during the non-conference schedule, but in the SWAC season, the women and men play doubleheaders. Two Jacksons for the price of one. Their daughter Bianca is sitting out a season at Florida State after transferring from South Carolina. She once scored 20 points against mighty UConn.

So life is fulfilling for the busy couple, as another season starts. Lewis Jackson understands how challenging the next few weeks will be. “Our goal is to get better every night we hit the floor. We’re excited about what’s coming,” he says, though there must be moments he looks at the journey ahead and wonders what he was thinking.

“Absolutely, when some of the faithful come up and say, who made that schedule?”

And what’s all that travel mean in seeing the other coach living in his house?

“I think I’ll catch up with her around about January.”