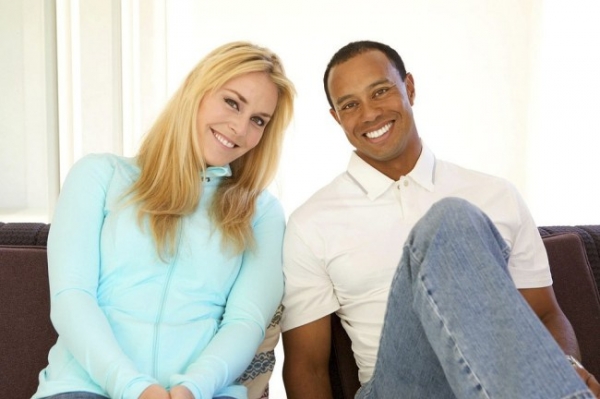 Lindsey Vonn, Tiger Woods rumors: Olympic gold medalist credits Woods with teaching her to 'take it one day at a time' [VIDEO]


Lindsey Vonn, Tiger Woods rumors: Olympic gold medalist credits Woods with teaching her to ‘take it one day at a time’ [VIDEO]

Lindsey Vonn insists Tiger Woods has helped teach her to “take it one day at a time” as she faces lifes ups and downs.

The 29-year-old Olympic skiing gold medalist Vonn, who is out of this month’s 2014 Sochi Games with a knee injury suffered during a training mishap, later added in a New York Daily News interview “he’s helped me stay patient through rehab.”

It’s the world top-ranked golfer Vonn hints she’s now turned to for comfort in putting the disappointment of not being able to defend her world title gold behind her.

“A part of me is missing when I can’t ski,” she told The News. “But I’ve learned there’s more to define me and make me happy.” She later added of her relationship with Woods “we’re pretty competitive in everything we do: tennis, Ping-Pong, who wakes up earlier. I lose more than I win, but I try. He always beats me walking to the car.”

Vonn and the 38-year-old Woods began publicly dating early last year and she’s religiously talked about how much she feels they benefit one another and how compatible they’ve grown to be.

“You have only one chance, so you’ve got to have fun,” she told The News.

As for her post-Sochi skiing plans and putting the trepidations of her latest crash behind her she added “what’s the point in being afraid? I’ve crashed a million times. If you go around being afraid, you’re never going to enjoy life.”