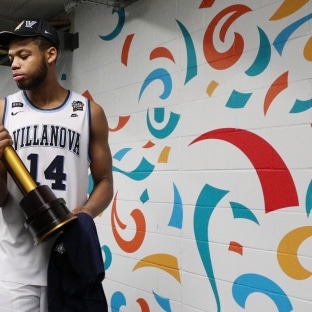 How the NBA draft will impact these college basketball programs


Games are getting scheduled for next season. Conference opponents are being settled. And now — finally — rosters can be locked in for the 2018-19 season.

Sure, there will be a few impact fifth-year, grad transfers who will fill the voids over the summer. But college coaches can start to actually plan for next season with who they know they will have for the season. The ability to go through the NBA draft, not get selected and return to school is still a proposal, but hasn’t become legislation.

So anyone who went through the NBA draft early-entry deadline Wednesday at 11:59 p.m. ET and didn’t withdraw his name from the draft is no longer allowed to go back to school.

1.Villanova loses Donte DiVincenzo and Omari Spellman: The defending national champs had a legit shot to compete for third title in three seasons had DiVincenzo and Spellman opted to return. The odds were against both coming back to Nova with the impressive output they put forth during the NCAA tournament. Nova has the pieces in place to compete for the Big East title, even with the departure of player of the year Jalen Brunson and likely lottery pick Mikal Bridges. Phil Booth and Eric Paschall are back and a stud recruiting class of Cole Swider and Jahvon Quinerly means the Wildcats are going to be in the mix again. But the Wildcats will definitely take a step back after what has been an incredible elite run toward two title games in the past three seasons.

2.Nevada gets all three early-entry players back: The Wolf Pack reached the Sweet 16 last season with an epic 22-point comeback win over Cincinnati in the round of 32. The Wolf Pack have every reason to believe they could make a Final Four run now with the decision of Caleb and Cody Martin as well as Jordan Caroline all deciding to play another season in Reno. Coach Eric Musselman had four players sitting out and is raving about his team’s chances to be his best team. This squad will have the ability to run 10-12 players in and out of a lineup that Musselman hopes can dictate tempo for 40 minutes. Now, Musselman still has to whittle his roster down from 15 to 13 since he wasn’t planning on having all of them return. But these are 1 percent problems that Nevada is glad to deal with over the summer.

3. The Big Ten can breathe a sigh of relief: Nebraska will be a conference title contender with the return of James Palmer Jr., and Isaac Copeland Jr.; Purdue got a potential player of the year back in Carsen Edwards and a top defender in Nojel Eastern; Wisconsin got its most productive player for one more season in Ethan Haps; Michigan retained its most experienced player off a national runner-up in Charles Matthews; Indiana now has a 1-2 punch with Juwan Morgan and Romeo Langford; Michigan State can feel good about its anchor inside in Nick Ward; Maryland took a hit in losing Kevin Huerter but at least has one of the top rim protectors in the country in Bruno Fernando; Iowa has hope to challenge for a postseason bid with Tyler Cook and Isaiah Moss back in the fold.

4. Kansas can still make a claim for the top spot in the Big 12: Kansas coach Bill Self tabbed rival Kansas State and its returning Elite Eight talent as the team to beat in the Big 12. But it’s hard to pick against the Jayhawks for a record 15th-straight title now that big man Udoka Azubuike has decided to return. Azubuike hasn’t scratched the surface of his potential. He could be a beast inside for Kansas as the featured frontcourt player.

The big fella is back! Azubuike to return to Kansas for his junior season.
https://t.co/cO2EteFSlI#KUbball pic.twitter.com/FWpNS7TM1R

5. Stanford took a gut punch: The Cardinal could have moved up in the Pac-12 had Reid Travis returned to school. Well, he is going back to college, which is great news for the sport, but just not Stanford. Travis withdrew from the draft but will now transfer and look for a new home for his grad transfer season. Travis doesn’t owe the Cardinal anything since he finished his degree, but he was a lock to be a near double-double machine with his 19 points and nearly nine boards a game average. He will immediately make whichever team he selects a contender for a deep NCAA tournament run.

6. The SEC should continue its continue the trend of putting at least half the league in the NCAA field: Auburn got three of its four early-entries back off an SEC co-title team; Tennessee, the other co-champ, will have Admiral Schofield back; Mississippi State can lay claim to being a likely NCAA tournament team with all four of its early-entrants back in the fold; Florida’s Jalen Hudson is back to ensure the Gators are in the mix; Johntay Porter decided to stay in college instead of joining his brother Michael in the NBA draft, giving Mizzou a legit rising star for next season; Kentucky did lose plenty but getting P.J. Washington in the fold gives John Calipari that necessary experienced player he desperately needed with a loaded newcomer class. These returnees offset Texas A&M getting crushed by the early-entry decisions.

7. Two programs who should be in the tournament next season based on the decisions are: Iowa State and LSU. Lindell Wigginton and Tremont Waters were two of the most under appreciated and publicized freshman guards, respectively, last season. Wigginton could be the best guard in the Big 12 next season. Waters will certainly be one of the top in the SEC.

8. St. John’s may have the Big East player of the year: Shamorie Ponds put on a show in wins over Duke and at Villanova. He made the sound decision to go back to the Red Storm where he could be the show at the Garden next season.

9. Expected decisions at West Virginia and Kansas State mean there shouldn’t be a drop off: The Mountaineers still have to replace Jevon Carter but the interior led by the return of Esa Ahmad and Sagaba Konate mean it’s going to be very difficult to get the ball inside. The Wildcats return the Elite Eight team nearly intact after Barry Brown made the expected move of coming back to Manhattan.

RELATED: Could Kansas’ Dedric Lawson be next Big 12 Player of Year?

10. Syracuse should be able to mount an NCAA tournament bid campaign again: The Orange weren’t relying on Tyus Battle to return to do so, but let’s be clear here, his decision means the Orange can build off the momentum from the Orange surprising run to the Sweet 16.

11. North Carolina will have quite a 1-2 offensive pop: Not having Joel Berry to be that late-game closer hurts. But getting Luke Maye back means the Tar Heels have the experienced, late-shot maker to go along with a stud in freshman Nassir Little.

12. Boston College went 1 for 2 on early-entries: And that’s a positive sign the Eagles can continue to be a postseason team. Jerome Robinson was likely out due to his productivity. He could be a real climber in the draft. Ky Bowman’s decision to come back means he could be the nation’s top scorer with all the attention focusing in on him. Defenses will try to key on Bowman from the start, but he has the ability to put up monopoly type numbers for the Eagles.

13. The Jackrabbits are still the pick in the Summit: South Dakota State got its prolific scorer Mike Daum to return for his senior season, meaning South Dakota State could be a conference champ and another possible upset pick in the NCAA tournament. Daum is a stat stuffer and has a chance to be an all-American by putting up ridiculous numbers on a nightly basis.

14. Washington will be the pick to win the Pac-12: But that was only going to be the case if the Huskies returned intact. Getting Noah Dickerson back ensures that’s the case.

15. Marshall will be one to watch again: Jon Elmore had a sick game against Wichita State in the NCAA tournament with 27 points. The Thundering Herd can be the pick to win Conference USA with Elmore back launching 3s and getting to the line.

16. UCLA can still be a factor for the Pac-12 title: Nothing can be taken for granted and since UCLA lost Aaron Holiday, losing Jaylen Hands and Kris Wilkes would have meant a major rebuilding situation. They did not and now Washington will be looking over its shoulder as the Bruins chase the Huskies down.

The 6-foot-3 guard from San Diego will return to UCLA and be a key player on the Bruins’ squad in 2018-19.#GoBruins pic.twitter.com/Rdo4CRHmdo

17. San Diego State can challenge Nevada: Now that Jalen McDaniels is back for the Aztecs, look for San Diego State to be a thorn for the Wolf Pack. San Diego State beat Nevada twice in the final week of the season, including winning the Mountain West tournament title.

18. Clemson can be back in the mix again: Shelton Mitchell and Marcquise Reed weren’t going to be first round picks. They may not have been in the second round. They will be players who can help the Tigers compete in the top four in the ACC.

19. Wake Forest’s progress has been stunted by surprising decisions: Bryant Crawford and Doral Moore both decided to stay in the draft. The Demon Deacons were deep last season but struggled to find any consistency. Losing these two won’t help.

20. Wichita State at least went 1-for-2: The Shockers lost point guard Landry Shamet to the draft but getting Markis McDuffie to return means Gregg Marshall doesn’t need to go through a major rebuilding. The pieces are still in place for a postseason run.