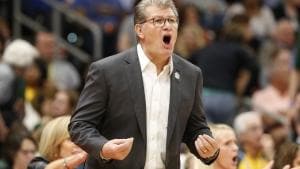 
The AP poll has been ranking women’s college basketball teams since 1994. But is it actually a good predictor of regular season success?

Turns out the answer is yes.

We looked at the past 10 years of AP polls to see how well the preseason poll has lined up historically with the final AP poll of the season, and it’s pretty close.

But the real feat of premonition can be seen at the top. Of the 100 teams that started the season in the Top 10, 97 finished the year ranked, and 73 of those were still in the Top 10.

But there have been some outliers.

In 2010, North Carolina was coming off of a 28-7 season, earning themselves the No. 4 spot in the preseason poll, but the Tar Heels had a disastrous end to the year, losing eight of their final 11 games and falling to unranked in the AP poll by the end of the season.

In 2015, Tennessee had its best season since Pat Summitt retired, going 30-6 and making it to the Elite Eight of the NCAA tournament. They started the 2016 season ranked No. 4 in the AP poll, but went 22-14 on the year and were unranked in the final poll.

Texas’s 2015 team was just the first to be ranked in the Top 10 since 2010, earning a No. 9 ranking. The Longhorns started the season on a 13-game winning streak that included wins over No. 6 Stanford, No. 4 Tennessee, and No. 4 Texas A&M, propelling them up to No. 3 in the AP poll by January. And then the trouble started. Starting in January, Texas went 9-9 to close out the regular season, with seven of those losses coming against unranked teams.

Of course, there’s the flip side to that trend as well. Since 2010, 10 teams have started the season unranked, and finished in the Top 10.

So, if your team is ranked in the Top 10 to start the season, you can rest assured that a solid season is in the cards. But unranked teams, don’t despair. That above list is bound to grow.

If you want to take a look at past results yourself, here is a table of every team since 2010 that has started the season ranked, and where they ended up in the final AP poll: