Here are the top goal scorers in DII men's soccer, so far

Heading into the 2019 DII men’s soccer season, we took a look at six of the most dangerous goal scorers the division had to offer. Surprisingly, as the last month of the season gets underway, only one of those names are amongst the current season goal leaders.

Let’s take a look at the six players leading DII men’s soccer in goals as of Oct. 20 (all stats from NCAA.org).

Bickley has been the driving force since he arrived in Wilmington. He was the Central Atlantic Collegiate Conference freshman of the year in leading the Wildcats in goals with 12 and then tied for the team lead with 10 in his followup sophomore campaign. He missed last season with injury and is making up for lost time quickly. He leads DII men’s soccer in goals, and it’s not even close.

DiSomma has the distinction of being the lone freshman on the list, making his accolades all the more impressive. He currently leads the Pennsylvania State Athletic Conference in goals and has won back-to-back player of the week honors. DiSomma looks like he’s just warming up with three hat tricks in his last five games.

Perhaps the most interesting member of the list is Ramos: he’s the only defender amongst the DII leaders. To be fair, Ramos has always been an offensive-minded defender for Harding, but he has taken it to a new level in 2019. The senior entered the season with 17 career goals, an average of 5.7 per year with a career-high of seven, but is already at 13 with six games left. He’s hot as of late, scoring in his last three with a four-goal outburst on Oct. 19.

Madsen is the lone entrant from our preseason active goal leaders. With his 12 goals so far in 2019, he’s tied with Bickley for second amongst active leaders with 41 in his career. Madsen is now the program’s career leader in goals and is four shy of his career-high from his 2017 debut campaign when he was the Great Northwest Athletic Conference newcomer of the year.

Ruiz had a nice freshman debut in 2018 for the Redhawks. The midfielder led the team in both goals (7) and points (17). He’s following it up by not showing any signs of a sophomore slump, nearly doubling his goal total with four games left on the slate.

Simpson is having a career-year for the Hillcats. The senior is one goal shy of his career total entering the season. Simpson led Rogers State in goals as a freshman with seven and had a five-goal follow up before being limited to six games last year in which he scored just one goal. Now, he is back in form, not only scoring in bunches but doing so at a career-best 0.267 shooting percentage.

DII football showcase: How to watch, scores, and stats

The 2019 DII football season kicks off Thursday, Sept. 5. Here’s what you need to know about the two DII football showcase games between Harding and Ouachita Baptist and Fort Hays State and Central Missouri. 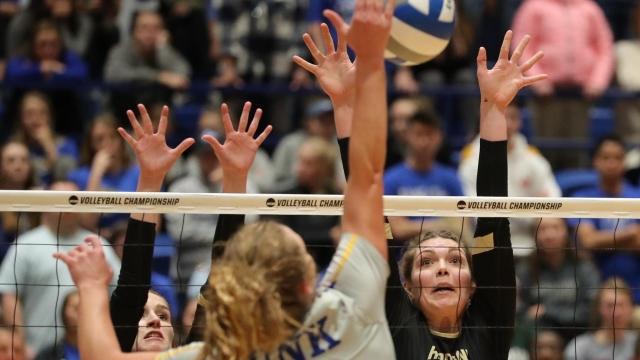 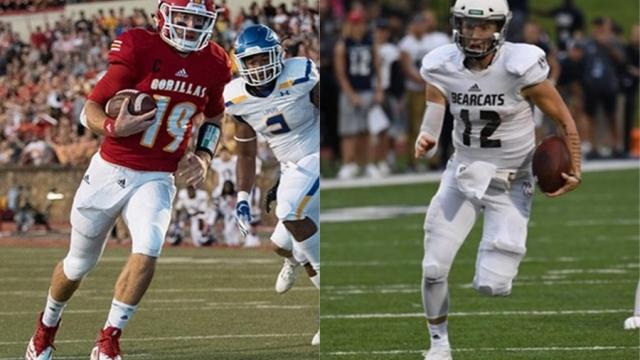