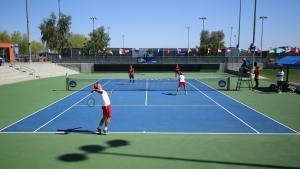 
The 2019 NCAA DII men’s tennis championship bracket will be announced Tuesday, May 7 at 8 p.m. ET in a live selection show on NCAA.com.

A maximum of 48 teams will play a single-elimination tournament at 16 preliminary-round tournaments to determine the 16-team field. There will be 16 conferences that will receive automatic qualification. The remaining 32 teams will be selected on an at-large basis.

Columbus State won the 2018 championship with a victory over runner-up Barry in Surprise, Arizona.