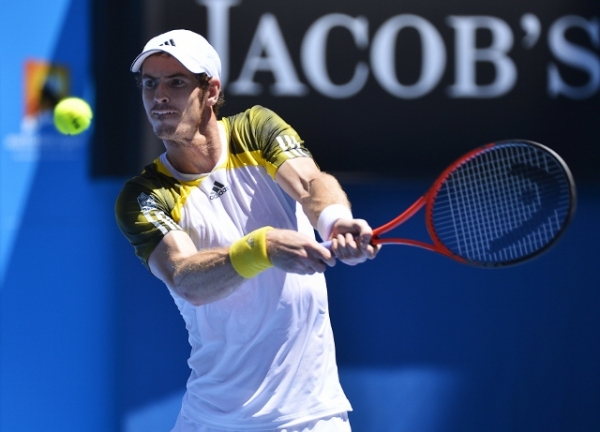 Andy Murray in action against Robin Haase during the first round of the Australian Open (Photo : Reuters)

The most legendary rivalry in Davis Cup history will resume in February 2014 when the United States hosts bitter rival Britain, while top seeded Czech Republic will open the competition at home against the Netherlands.

“Great Britain will be a challenging and exciting opponent for us,” US team captain Jim Courier said to BBC. It’s going to be memorable to have the two original Davis Cup nations face off again for the first time since the competition’s Centennial Celebration in 1999.”

Britain got the ticket to the first round match-up against the United States behind a masterful win by Wimbledon champion Andy Murray against Ivan Dodig of Croatia. The country eventually topped its rival, 4-1.

The US-Britain rivalry in the Davis Cup goes all the way back to the start of the international team competition when both countries took part in the tournament in 1900. The Davis Cup features teams from competing countries in a knock-out format, with more than 130 nations participating as of 2013. The United States is also the most successful nation in the tournament with 32 championships.

The top seeded and defending champion Czech Republic will host Netherlands in an attempt to defend their crown. The 2008 and 2009 champions, Spain, led by world No. 2 Rafael Nadal will travel to Germany for the first round. Meanwhile, world number one Novak Djokovic will host Roger Federer and Switzerland in the first round.

In other matchups, France takes on Australia, Argentina faces Italy, Japan goes up against Canada, and Kazakhstan squares off with Belgium. The games will be played from January 31 to February 2, 2014.