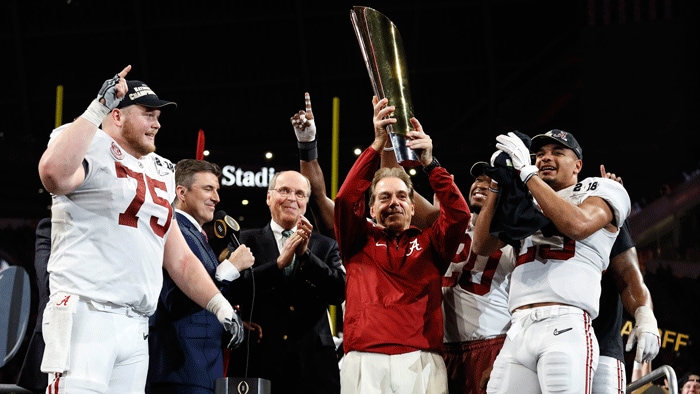 College football coaches with the most national championships

Alabama’s Nick Saban is still one national title away from making history. Saban and the Tide lost to Clemson in the 2019 National Championship Game, keeping Saban tied with Bear Bryant for the most titles in history.

Clemson coach Dabo Swinney is now a win away from jumping onto the three-timers list.

College football coaches with the most national championships

Bierman was Minnesota’s coach in 1932-41 and again from 1945-50. He led the Golden Gophers to four unbeaten and untied seasons. He also won seven Big Ten titles.

MORE: College football programs with the most national championships 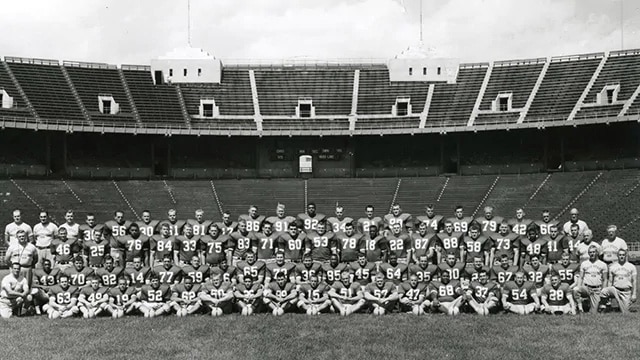 After a two-year stint at Bowling Green, Meyer went undefeated at Utah in his season season with the Utes in 2003. He won his first title at Florida in 2006, upsetting Ohio State. He then won another title two years later, beating Oklahoma in the BCS National Championship Game. Meyer’s third title came in the 2014 season, when Ohio State became the first College Football Playoff national champion. 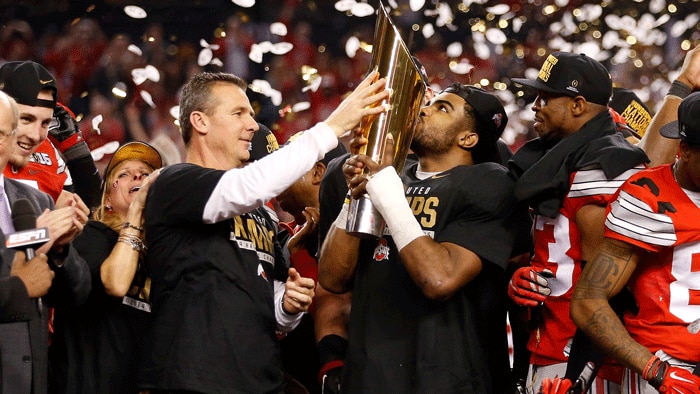 For much of his Nebraska head coaching career, Osborne was known for failing to win the big one, as the Huskers fell short of a title from 1973 through the 1993 seasons. Then the dam broke. Nebraska won in 1994, 1995 and 1997 (splitting the last with Michigan), with Osborne then retiring. He went 49-2 in his final five seasons. 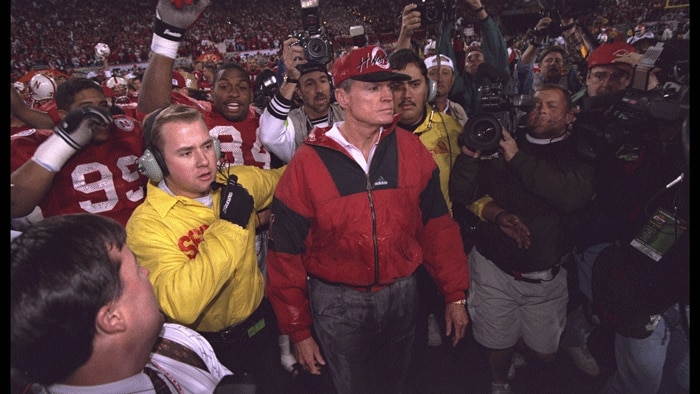 Warner won two titles at Pittsburgh (1916 and 1918) and then at Stanford (1926) and revolutionized the sport with the single-wing formation. He was part of the inaugural College Football Hall of Fame class in 1951.