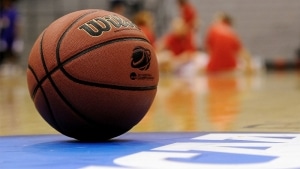 College basketball transfers: What you need to know about the transfer process

With college basketball season underway, one topic is once again on the minds of fans: what happens when college basketball players transfer from one school to another, and why some are allowed to play for their new school right away and others aren’t.

But little is understood about the entire transfer process, particularly when it comes to transfer waivers.

When it comes to transfer decisions, there is never an easy answer. And all transfer waivers allowing student-athletes to play immediately are not created equal. The reason for a waiver request may have merit, or it may not reach a threshold for approval.

In the transfer waiver process, though, there is no intent to punish the players, but rather ensure they are best positioned to succeed both on and off the court. Research shows many student-athletes benefit socially and academically from a transition period after transferring.

To further understand the dynamics at play with transfers, here are some numbers to digest:

In the 2017-18 season, there were 5,537 athletes playing Division I men’s basketball — and 689 of them transferred. Of that number, 331 left for another Division I program. And there were only 32 request for waivers submitted.

Now, let’s shift to this season. So far schools have submitted 71 waiver requests, with 17 still awaiting a decision. Of those that have been process, 52 percent were approved.

Historically, student-athletes competing in men’s basketball in all divisions make up 20 percent of all transfer waiver requests received by the NCAA.

The reasons given for the waiver requests vary quite a bit — coaching changes, injury or illness, environment, mental health and financial issues are some common categories.  Within each of these categories, NCAA member schools have adopted guidelines that help NCAA staff make the right decision.

It’s critical to understand that no two waivers are created equal. NONE. And don’t expect the NCAA staff or the school to divulge the reasons. These are kept private in accordance with federal student privacy laws. If the student-athlete wants to divulge the reason, then that’s up to him or her.

To allow competition immediately after transfer between two four-year schools, there must be mitigating circumstances outside a student-athlete’s control. Academic records are considered as part of waiver requests to increase the chances of a seamless academic transition. The previous school’s stance on the transfer also is considered. When medical issues are referenced in a waiver request, NCAA staff members rely on documentation provided by the school, which often includes opinions from relevant subject-matter experts. For example, when a transfer waiver request is related to a medical need, a treating physician might offer an opinion.

And NCAA staff members review each waiver request independently – with a focus on what is best for the student-athlete.

The transfer waiver environment has evolved over time. The current student-first philosophy started under the leadership of late NCAA President Myles Brand and continues to increase at the direction of current President Mark Emmert. This philosophy influences all the work at the national office, including waiver decisions, resulting in an increased approval rate.

For all the talk about how unfair the system is, it can be changed only by NCAA members, not the NCAA staff. And the position of the membership continues to change. Earlier this year, the Division I Council showed some flexibility in the transfer space when it adopted a new process allowing student-athletes to transfer and receive aid without having to seek permission from their current school. Over the next year, that same group will consider several other proposals making immediate competition after transfer automatic in some specific cases.

The rule requiring student-athletes to sit out a year of competition after transferring dates back decades, and the sports allowing exceptions have changed over time. Because of the restrictive nature of the rule and the continuing evolution of the membership on this topic, waivers are necessary. And waivers must have parameters.

The public frustration is real when one student-athlete gets approval to play immediately and another doesn’t. The cases on the surface may look similar, but what is not always known are the specific facts and how they were presented. What documentation was given? How did the former school support the player?

To cast a wide net and say the NCAA didn’t get a decision right is often a popular and easy position. This isn’t to say that there is never a wrong decision made. The process continues to be imperfect. No formula or algorithm exists that makes decisions. NCAA staff members consider each situation individually and make the best determination based on the facts that were presented. Protections for student-athletes prevent all the details from being shared publicly.

If there is a movement to offer a one-time transfer, without restrictions and in all sports, then the lobbying should begin. Getting coaches, athletics directors and conference commissioners on the same page agreeing that everyone can freely leave, regardless of the circumstances could be a tough sell.

There may be a less drastic change for 2019-20 as the Committee on Legislative Relief reviews the current trends and guidelines. The size of the change will depend on whether or not the membership — yes, the coaches and administrators — really want to agree on the opportunity to move freely within the sport and college landscape.