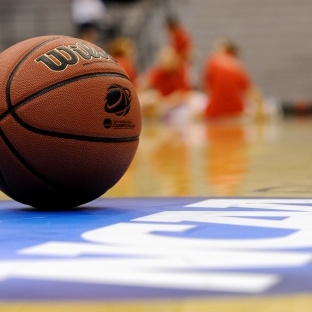 College basketball rule changes: What you need to know about flexibility for going pro and getting a degree


High school seniors will be able to retain an agent if the NBA and the National Basketball Players Association change the early-entrant draft rule to allow them to enter the draft without having to sit at least one year.

This element is part of a comprehensive and sweeping package of reforms for college basketball passed by the NCAA’s Division I Board of Directors this week.

NCAA Senior Vice President for Basketball Dan Gavitt said Thursday the Association will continue to work on these issues with USA Basketball, the NBA and NBPA. He admitted there was a “breakdown in communications” on this topic between the NCAA and these groups.

“Regrettably this breakdown in communications occurred, and we are committed to collaborating moving forward,’’ Gavitt said.

RELATED: Here’s what the new college basketball reforms mean for the sport

The earliest the NBA draft early-entrant rule could be altered would be 2022 based on the collective bargaining agreement between the two parties. The pool of high school players who would be eligible to receive representation is still being determined.

Current college underclassmen will be allowed to have the services of an agent for the 2019 draft after the season is over and once they have filed a request with an undergraduate advisory committee evaluation. If they choose to come back to school then they would have to stop the relationship.

“These changes will promote integrity in the game, strengthen accountability and prioritize the interests of student-athletes over every other factor.”

The NBA did discuss the future and its role with the Rice Commission, much like it has with its teams, according to Kathy Behrens, who as President, Social Responsibility and Player Programs for the NBA is involved in discussions with the NCAA.

“Regardless of any change on age eligibility, we, the NBA, believe we should be more involved in the development of elite basketball players,’’ Behrens told NCAA.com. “All of the details and unresolved issues we think will be worked through in the months and years to come and we look forward to being involved in that and contributing in anyway we can.’’

Even if the NBA and NBPA agree to change the age eligibility rule, some media reports state that implementation is potentially not likely until the 2022 draft. The pool of high school players who would be eligible to receive representation is still being determined.

“USA Basketball clearly communicated that they weren’t comfortable and weren’t supportive of that, we listened and agreed to adjust,’’ Gavitt said.

Jim Tooley, the CEO of USA Basketball, told NCAA.com by phone from the Bahamas, “Our universe of junior national team players isn’t every pro prospect and even if we expand the pool, we don’t include international players.”

USA Basketball is expected to be a part of the discussions about the four regional non-scholastic camps that would be conducted in July, beginning in 2019.

Gen. Martin Dempsey, the chairman of USA Basketball said, “USA Basketball has been working with the NBA, NBPA and NCAA since April to make sure we all do the right things for our young basketball athletes. We look forward to continuing our discussions and working together to improve and create opportunities to further the sport for everyone.”

Gavitt said the NCAA met with USA Basketball, the NBA and the NBPA several times in the last three months and has another in-person meeting set for next week in New York.

“We have time and many details still to work out about the eligibility of high school prospects retaining agents in the future,’’ Gavitt said. “And that may be years away before the draft eligibility age changes.’’