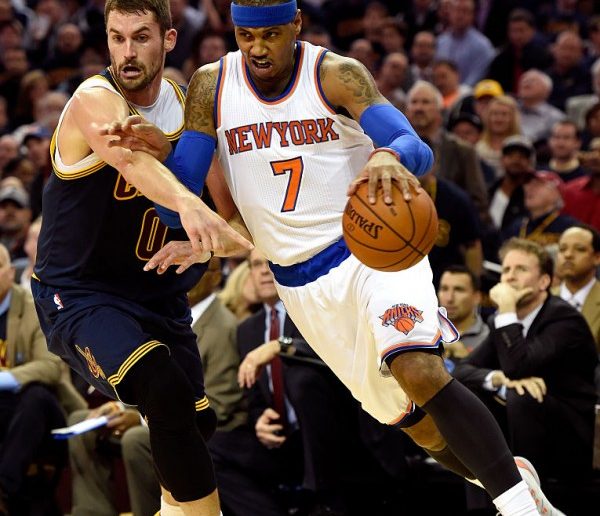 Cavs Interested In Acquiring Carmelo Anthony But Not For Kevin Love


Cavs Interested In Acquiring Carmelo Anthony But Not For Kevin Love

Reports from Bleacher Report says that the defending champs are still trying negotiating with the Knicks after expressing their interest in Melo. The Cavs will be the third team that the Knicks have reached after negotiations with the Boston Celtics and the Clippers fell off.

Yahoo! Sports mentioned that Knicks President Phil Jackson is determined to move the 2003 NBA Draft’s third-overall pick before the Feb 23, 2017 trade deadline. The only hindrance is that the Cavs isn’t willing to give up what the Knicks wanted in exchange – Kevin Love.

Love, a known rebounding machine with outside range, is starting to find his groove with the Cavs after an injury-plagued start. Just recently, he made an NBA-record for most points scored in the first quarter with 34 on November 2016.

Trading Melo would mean a huge revamp for the team but this time, the rebuilding will be around Latvian sophomore Kristaps Porzingis.

The 7-foot-3 lottery pick of the 2015 Draft have shown brilliance in the sport with his record-breaking rookie campaign where he is the only rookie to have more than 1000 points, 500 rebounds, 100 blocks and 75 three-pointers despite the hostility from Knicks fans when he was drafted fourth overall during the draft day.

Prior to the current NBA season, they signed Joakim Noah and Derrick Rose from Chicago Bulls and a couple of European role players in Willy Hernangomez from Spain and Mindaugas Kuzminskas from Lithuania.

Melo, however, isn’t too much concerned about the news of him being offered to different teams.

“That’s more what I care about-my family,” he told ESPN. “My son being comfortable at an age now  where he’s really getting an opportunity to understand being in New York and having a home there and having friends there. My wife working there and having her opportunities there … I think about that more so than my decision for my career.”