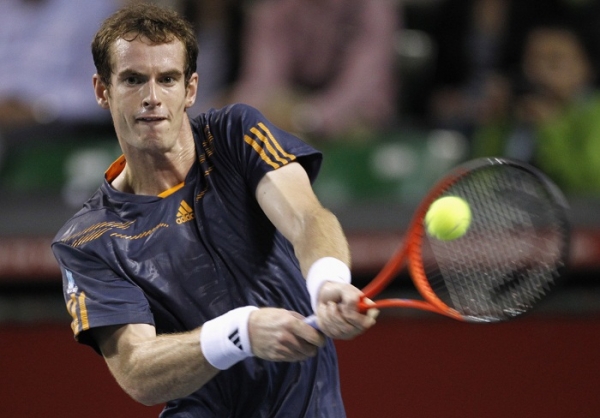 Andy Murray had no problems in dispatching Alexandr Dolgopolov at the Shanghai Masters (Photo : Reuters)

World No. 3 and current Wimbledon champion Andy Murray will undergo surgery to correct a recurring back problem, keeping him on the sidelines for the rest of the year, according to his management team.

Yahoo! Sports reports that Murray’s team is looking at the Wimbledon champ to be fully fit for the next season.

The news comes as a bit of a shock after Murray played in Britain’s Davis Cup match against Croatia just last week, where he helped the team make a return to the world group.

Murray will skip the ATP World Tour Finals in London scheduled on November 4-11 which ends the tennis season this year. He also will not be competing in the Master events scheduled October in Shanghai and Paris. His injury will result in missing 13 tournaments for the rest of the year.

The Scottish ace has been bugged by back problems since the start of the year, but his injury became worse during the Rome Masters in May. The injury kept him out of the French Open in the same month.

He triumphantly returned to win Wimbledon and the Queen’s Club. His Wimbledon win enabled him to become the first British male singles champion at the All England Club in the last 77 years. Murray beat world No. 1 Novak Djokovic in the Wimbledon finale. However, he lost in straight sets during the quarterfinals of the US Open two weeks ago.

”But after recently playing on hard courts and clay, Andy once again sought medical advice about solving the issue once and for all,” Yahoo! Sports quoted Murray’s team.