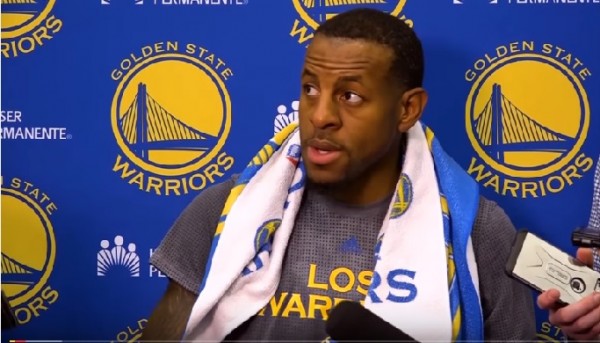 Steve Kerr is making an unlikely case to be heard as the post season inches closer. Golden State’s head coach may have a strong argument in pushing Andre Iguodala to be included on the list of candidates for the Sixth Man of the Year accolade. After all, the resurgent plays of the 2015 Finals MVP has helped the Warriors cope up with the loss of superstar Kevin Durant to injury.

Golden State is suddenly looking to be the formidable squad that barged into the NBA Championships during the last couple of years. Stephen Curry, Klay Thompson and Draymond Green have played huge through most of the season but the role of Andre Iguodala has also been pivotal in the Warriors’ late resurgence.

Although Golden State is currently riding on an 11-game winning streak, the team has a scary slide just recently which allowed the San Antonio Spurs to catch up with them for the lead in the overall standings.

What makes Andre Iguodala impactful can be attributed to his all-around contributions on the floor. Although he is only averaging less than ten points a game when Kevin Durant is on the floor, his other attributes are what makes him valuable.

Kerr shares that Iguodala is easily the best Sixth Man in the game considering that the player’s prowess involves alternating defensively against the opposite team’s forwards and guards. Most of the time, he is tasked to cover the crop of today’s best ballers like James Harden, Russell Westbrook, LeBron James and Kawhi Leonard. In some instances, the Warriors call on him to bring the ball up or to relieve the squad’s frontliners.

How vital is Andre Iguodala to Golden State may be best exemplified by his 4.58 assist to turnover mark. The figure is probably among the best in the league when it comes to orchestrating plays with limited turnovers. After Durant went down, his field goal percentage has jumped from 49.3 to 59.6. From 35.4 percent, Iguodala is now dropping 40 from rainbow territory. Such efficiency has also upped his point average to 11.3 per outing.