The 2019 NCAA Division I men’s soccer tournament continues to inch closer with conference tournaments getting under way. We’re tracking all of the action as automatic bids are filled and the 48-team field takes shape.

Out of 48 teams, 21 receive automatic qualification by winning a conference tournament while 24 reach the postseason through an at-large bid. Additionally, three automatic bids will be awarded to the regular-season champions of the Ivy League, Pac-12 and West Coast conferences.

At-large bids are chosen by the NCAA Division I Men’s Soccer Committee. The complete 48-team field will be released at 1 p.m. ET on Monday, Nov. 18, during the selection show on NCAA.com.

Tap or click on each conference below to access full brackets and more information about each postseason tournament. As bids are claimed, we will update the table below.

Note: Sites listed are for the final round of competition. Locations for conferences that travel to the highest remaining seed will be posted as that information becomes available.

Following the bracket reveal on Nov. 18, the 2019 NCAA Division I Men’s Soccer Championship begins on Thursday, Nov. 21. From there, 47 matches will play out over 24 days to crown a champion, culminating with the College Cup final in Cary, NC. Here’s a look at who won each of the previous times the tournament concluded in Cary. 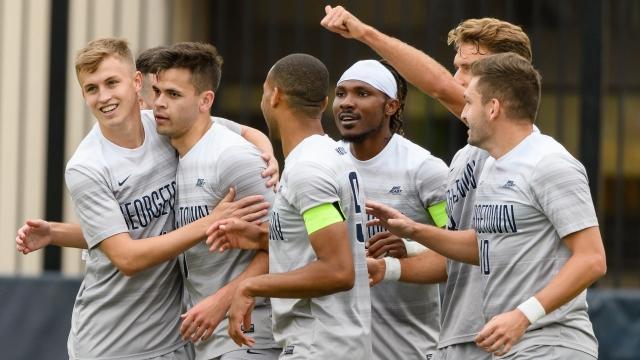 On Nov. 1, the NCAA Division I Men’s Soccer Committee’s in-season Top 16 seeds were revealed. The complete 48-team field is announced on Nov. 18. 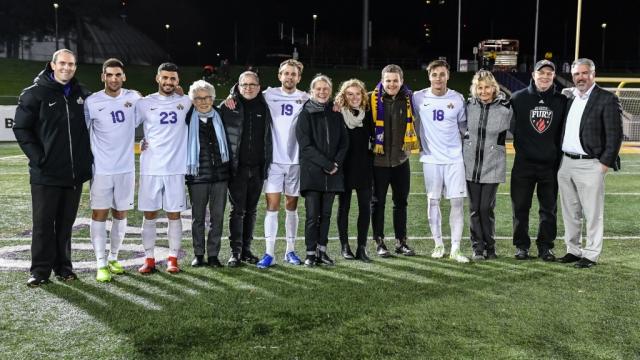 The University at Albany men’s soccer team celebrated Senior Night with a signature win upsetting #14 New Hampshire by a score of 1-0, handing the Wildcats their first loss of the season. 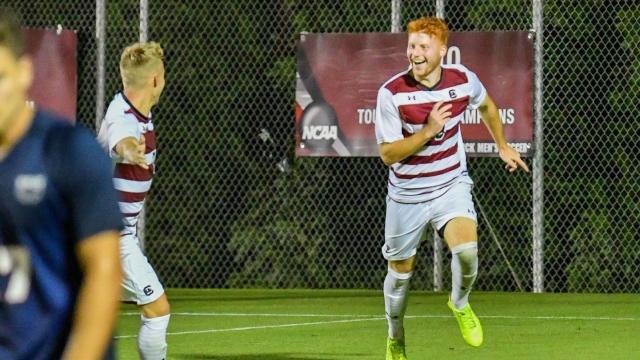 South Carolina men’s soccer’s back was against the wall but Brian Banahan’s goal from his back at the 51-minute mark was the difference in a 1-0 victory over No. 13 FIU on Friday night at Stone Stadium.