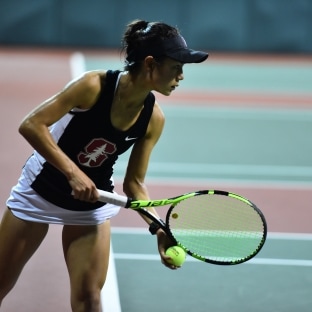 
INDIANAPOLIS — The NCAA Division I Women’s Tennis Subcommittee has selected the 64 teams and 16 first- and second-round sites for the 2018 NCAA Division I Women’s Tennis Championship. Per NCAA policy, the top 16 seeds are guaranteed to host if a bid was submitted and criteria are met, and matchups between conference opponents were avoided in the first two rounds of the championship.

First- and second-round competition takes place May 11-12 and features four teams playing in a single-elimination format. The winner of each site advances to the Wake Forest Tennis Complex in Winston-Salem, North Carolina, where the 16 teams will compete for the national championship May 17-22. The event will be hosted by Wake Forest University.

“There is so much parity this year in women’s tennis and this bracket is reflective of that parity.” said Elizabeth Schmidt, head women’s tennis coach at Rice University, and the chair of the Division I women’s tennis subcommittee. “The NCAA tournament is the culmination of the hard work that so many student-athletes have put in over the last several months and we look forward to watching the high level of tennis at all the regional sites as teams compete to advance to Wake Forest.”

The matches shall be regulation dual matches. Three doubles matches consisting of six-game sets will be played for one team point, followed by six singles matches, each valued at one team point; played the best of three sets. No-ad scoring will be used and a seven-point tiebreaker (first to seven points, must win by two points) will be played at six-games-all. The team winning four or more team points advances in the championship bracket.

During the championships, all matches will be stopped after the doubles point is decided. All remaining individual matches will be stopped once a team winner (four points won) has been determined. The score will only reflect completed matches. The complete list of teams and sites is included on the official bracket, which is available at www.ncaa.com.

Share. Twitter Facebook Google+ Pinterest LinkedIn Tumblr Email
Previous Article2018 DI men's tennis championship field unveiled
Next Article Tony Stewart says there is nothing that could get him back behind the wheel of a Cup car